Requires
Requires (dev)
None
Suggest
Provides
None
Conflicts
None
Replaces
None

This package contains the new interface to manage media in Neos CMS (5.2+).

During the initial development the package will be in the Flowpack namespace and will later replace neos/media-browser. Having two modules allows us currently to install them both and be able to test them without losing features.

If you want to use Neos, please have a look at the Neos documentation.

Run the following command to install it:

This package will currently add a second media backend module called Media (new) and a new media selection screen for asset and image editors. The old media module will still be available until this package replaces it completely with Neos 7.0 (planned).

If you want to use this package in a real project you might want to disable the new media selection if it doesn't work as expected. You can do this by adding the following setting to your Settings.yaml:

This module introduces a GraphQL API for the Neos Media system. The API is open and can be reused for custom apps. A valid Neos backend user is required to access it, but you can define custom policies and an authentication provider to allow access without a user and f.e. use a token based authentication.

The API is public and will be stable with the 1.0.0 release. Until then changes can still happen.

The GraphQL schema can be found here.

This module uses React for the implementation of the UI. Currently all components are built with hooks and integrate with other plugins via hooks. This gives a lot of flexibility for future extensions and during the current prototype phase of this package.

Query related state variables are stored via GraphQL Mutations in the Apollo Client Cache. Some of those variables are then persisted into the localstorage of the browser.

The MediaUI provider currently stores the results in its state and provides them to all child components via provider values. This will be probably changed to only set shared states than all components can access.

Component state should be stored with React hooks.

The shared component states are current implemented via React Recoil. See the Resources/Private/JavaScript/src/state folder for examples.

Those should be used every time multiple components share a state that is not relevant for the GraphQL queries.

We need your help to develop this package. You can find supporter badges on the official Neos funding site.

To start with development make sure you have nvm and yarn installed and run the following command in the packages folder:

The dev server allows to run the module without a Neos instance. This is also the basis for running most tests and implementing new features.

Enter localhost:8000 in your browser and you will have a running media ui instance without neos.

This will create a production build of the module assets.

The following command will recompile and reload the media module when changes to the scripts happen:

Only watch the backend module code

Only watch the UI plugin

Run the following command to verify the TypeScript files:

First start the dev server via yarn dev and the run the following command to execute all end-to-end tests:

The test configuration is defined in .testcaferc.json. Change the options there if you want to use a different browser or make some other changes.

First make sure you have phpstand installed.

When the package is installed in a Neos distribution:

When the package is standalone

Font Awesome icons are registered in Resources/Private/JavaScript/src/lib/FontAwesome. This way the bundle size is kept to a minimum.

Several patches are applied during installation via patch-package. Additional patches can be generated and stored there with the same tool if necessary.

Connection between the backend module and UI plugin

The codebase is 99% reused between the backend module and the asset selection in the Neos UI. Make sure changes work in both worlds or provide a compatiblity layer in the corresponding initialisation. 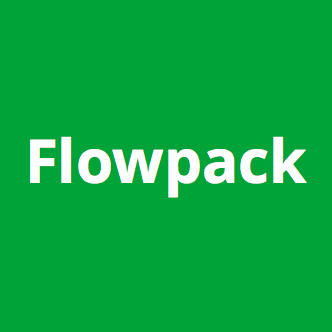